OnePlus 8 Series Launched: Everything You Need To Know

One Plus 8 Series Launched: Everything You Need To Know 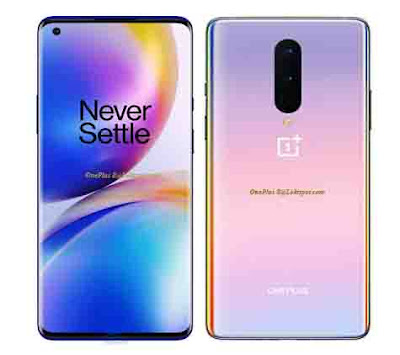 The top popular brand OnePlus is going to launch the OnePlus 8 series on April 14, 2020, in an online event by the company. Amid the novel coronavirus pandemic that has taken the whole world by their jaws. That is why the physical launch event at a particular place isn’t a valid option given the impending health crisis and problems due to coronavirus outbreak. More information is surrounding the phones and their accessories revealed by the company itself or revealed at the online platforms. Keeping all the track of OnePlus and everything, we have covered the final roundup before the day of its official launch.

The Company comes with two variants named OnePlus 8 and OnePlus 9 Pro that leaked full specifications in the past weeks leaving much to the imagination except the price. The price of these series is a bit higher and also expected to the boost to account for a 5G support and powerful chip.
Both variants of the OnePlus 8 series designed with improved and smooth 5th generation matte-frosted glass that gives you higher degrees of haze effect to maintain a smooth finish. Their chassis is made up of CNC milled Aluminium that minimizes the thickness of the screen. The OnePlus 8 comes with 8mm of thickness with a weight around 180 grams, whereas OnePlus 8 Pro comes with 8.5mm thickness with a weight around 199 grams.

According to the rumours and hoax, OnePlus 8 features 6.55-inch FHD with 2400 x 1080 pixel resolution display like an AMOLED panel with about 90Hz refresh rate. The front side has a punch-hole cut-out for front-facing camera that provides a 20:9 aspect ratio with a certification for HDR10+ playback.

The OnePlus 8 Pro comes with a slightly bigger display screen of 6.78-inch QHD+ resolution with 3120 x 1440 pixels and refresh rate of 120Hz. It has also a punch-hole cut-out for front camera that gives it an aspect ratio of 19:5:9. The variant also has a MEMC chip which helps to reduce motion blur on the device while playing games, watching movies or some other videos. Both the variants of OnePlus 8 series covered by a layer of Gorilla Glass.

The series of OnePlus 8 powered by Qualcomm Snapdragon 865 chip processor that will place it to every flagship phones that is going to launch this year 2020. The processor is paired with 12GB RAM with up to 256GB UFS 3.0 storage space to choose from. The phones will perform on the latest version of OxygenOS 10 which is like Android 10, out of the box. The OnePlus 8 comes with a triple camera on the rear side with a 48MP primary camera that uses a SONY IMX sensor with an aperture of f/1.75 with support of the EIS and OIS. Other two cameras have 16MP ultra-wide angle-lens with a field view of 116-degree attached by a macro camera of 2MP. 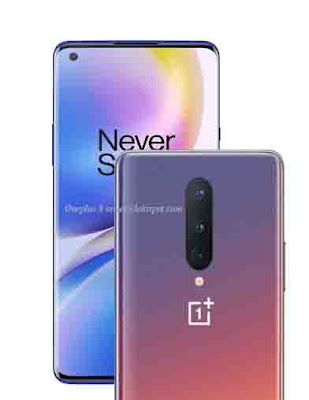 Moreover, their front camera is of 16MP for selfies that have same in both the variants of OnePlus 8 series. On the other hand, OnePlus 8 Pro comes with quad-camera with a 48MP primary camera that uses a SONY IMX689 sensor with an aperture of f/1.78 with support OIS and EIS. This followed by a second 48MP ultra-wide-angle lens with Sony IMX586 sensor and 120-degree field-of-view accompanied by a 5MP depth sensor. The OnePlus 8 series smartphones come with basic connectivity such as 5G network support, Bluetooth 5.1, USB-Type C port for charging, and Wi-Fi 6 module for fast internet service.

The normal variant of OnePlus 8 series comes with a 4300mAh battery power with a 30W fast charging with a Warp Charge 30T. However, OnePlus 8 Pro comes with 4510mAh battery with 30W fast charger (both wired and wireless). Moreover, the OnePlus 8 Pro also supports 3W reverse wireless charging support. The rear camera can shoot 4K UHD videos with 60fps and FHD slow motion of up to 240fps, while their front camera can shoot a video of 1080p at 30fps. OnePlus 8 series comes with In-Display fingerprint sensor for fast unlock whereas OnePlus 8 Pro has IP68 certified dust resistant and up to 1.5 meters in water.

Price and Availability of OnePlus 8 and OnePlus 8 Pro

The OnePlus 8 Series variants are coming in three different colours which are Glacial Green, Interstellar Glow, and Onyx Black while people will also see the OnePlus 8 Pro in Ultramarine Blue colour. The Company OnePlus already revealed that the OnePlus 8 series will go on sale from April 17, 2020, in China. So, the people of India will have to wait a bit due to the lockdown due to coronavirus pandemic.

The company OnePlus also going to introduce the Warp Charge 30 Wireless Dock charging support that helps to support your OnePlus Smartphones variants with wireless charging. It supports OnePlus 8 Pro variant with a 30W fast wireless charging. The company says that the wireless charger is very good for these variants as it will charge the OnePlus mobiles to 50% in just 30-minutes. This wireless dock also comes with a sleep mode option and a built-in fan for thermal cooling management. The price of the wireless dock is around 70 Euros, which is around Rs. 5,800.

The OnePlus has also teased a pair of new OnePlus bullets wireless that is also be going to launch during the launch of OnePlus 8 series on April 14, 2020. These new OnePlus Bullets Wireless Earphones offers up to 10-hours of battery life in just 10-minute charge. According to the reports, the new wireless earphone 2020 is capable of delivering up to 14-hours of playback time on a single charge.

When we compared these wireless earphones with the current crop of Bullets Wireless 2 that gives up to 14-hours of battery. The OnePlus’s new bullets wireless earphones come in 4 different colours that are Black, Blue, White, and Green.

The Top and Popular phone brand OnePlus is all set to launch their new smartphones variants, namely OnePlus 8 and OnePlus 8 Pro that comes in OnePlus 8 series 2020 in the markets around the world along with some new and advanced accessories such as a new bullet wireless and Warp Charge 30 wireless dock. We hoped for, everything is going good at the launch of OnePlus 8 Series date April 14, 2020, during the phase of coronavirus pandemic (aka. COVID-19).